What is Human?
Humans and Animals compared ...

A field study in 2018 found chimpanzees, bonobos, gorillas, and orangutans used 33 different gestures to communicate with many of these animals using the same gesture in the same manner. What they communicate is orders: Give me that. Come closer. Groom my fur. Stop that… Humans use many more gestures and sign language that goes beyond orders to include social contexts, emotions, and attitudes. Thumbs up, fist bump, okay signal, and hands to for a heart. Source

Animals that teach their young 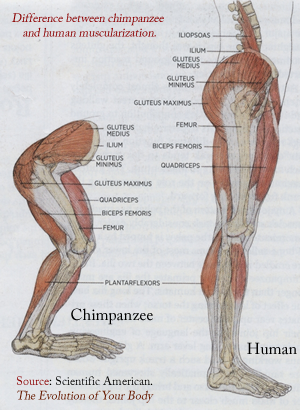 Neanderthals may have used their hands differently from humans If you were to greet a Neanderthal with a handshake, it might feel a little awkward. Homo neanderthalensis had chunkier fingers compared to human digits — and used their hands differently from us, a new study suggests. However, they were able enough to make tools, clothes, cave pinting, sculpture, and other artifacts. Read more ...

Humans change in the same ways as other animals living in the same environements. Variation in hunter-gather behavioral actions converge with the same 15 characteristics common in birds and mammals in the same local regions. Traits such as: diet, movement, social group sizes, and parental interactions. However, social learning, linguistic distance between groups, and cooperation were more imporatant to determine human behavioral variations. Source: Science January 15, 2021. p 292, & 235.

Consequences for the decision of what is human

What are the consequences for how we decide what is human?

Beside the philosophical and educational consequences of what we think of ourselves and others, and the differences between us and other living organisms. How we decide what is human has legal consequences, which is becoming more significant with recent advances in medicine, biology, neuroscience, and genetics demonstrate how it more challenge to decide, what is a living human? The answers we give are very serious, as they decide who or what deserves the respect and dignity we give to being human.

Here are ideas and questions to consider.

Historically a legal definition of a living starts with birth and ends with death and what is human has been understood as the organism's relationship to his parents and their ancestors (animals of one species produce animals of the same species). However, recent events raise questions, whose answers are not resolved comfortably based on these understandings.

Organs donated and transplanted into others. The organ is considered living, never dead, & ownership is transfered from one conscious human to another.

Archaeologist used to define fossils as human by certain characteristics of bone structures and artifacts discovered with them. With the sequencing of the human genome, genetic similarities is used. However, there is no one human genome. There are billions of them alive and dead and they are constantly evolving.

A definition of human is used to determine what has the status of a human and therefore, given protection as a member of the human family? If the example of birth and death is used, then what protection should be given to humans before they are born and after they die?

How should death be determined?