The hidden curriculum and culture

Culture is like water for the fish, we are in it and a part of it, but we do not see it.
Felipe Korzenny

We are completely unaware of our culture, until we are taken out of it.

Like fish, we are unaware of cultural, how it controls and impacts what we determine as education, and how we educate. This should cause serious consideration of how a curriculum contains knowledge from the dominant culture and attempts to teach students in a manner consistent with that culture and what that culture values for better and worse. Since none of us can know everything that's important in our world, we can conclude this approach is greatly limiting not only in preparing students for their future, but greatly limiting us in discovering all of our students’ talents and abilities.

Teaching is too often a game of do you know what I (the teacher) know? And of course what I know is, my culture. Not necessarily yours.

Why not saying anything ... isn't a solution. Read: Don't Say Nothing article

A comprehensive review of culture - The Iceberg Model of Culture

Imagine a tray of candy being passed around a class in school for a holiday. Before the tray circulates the candy is gone. Is it possible the students are caring, empathetic, and following the rules or are they greedy */#\%&* and don’t care about their fellow students by only taking their fair share?

A wise teacher understand the children are obeying their cultural rules and took extra candy, not for themselves, but for siblings at home, as they have been taught they must not accept anything unless they can share with those at home.

Marcelle Gerber, French researcher, found in 1956, that despite malnutrition, which was thought would cause lower rates of infant development, the developmental rate of native Ugandan infants was much higher than the established norm for Ugandan babies and European children Further they outperformed children who were two or three times their age. At six to seven weeks they could skillfully crawl and sit up by themselves. At six and seven months they could walk across the room, reach into a basket, and retrieve a toy - demonstrating the first necessary change for the development of logic, object-permanence.

In the mid -1960s William Frankenburg and Joe Dodds studied Black American children as young as six months and claimed they had developed significantly more quickly than white children of comparable backgrounds. Twenty years later they repeated their research with a totally different sample of thousands of children and concluded that in the first year of life there were no items the white children were doing earlier than the black children. Even at age four, blacks had an edge in fifteen categories, while whites were better in three.

Phyllis Rippeyoung, in 2006, studied scores of African American and white infants on the Bayley Scale of Infant Development and found black infants got slightly higher cognitive-skill scores and considerably higher motor-skill scores for black than white babies born with the same degree of good health and parents who interacted similarly with the babies. While the black babies would surpass white babies on all aspects of the Bayley Scale the differences between the two groups would even out prior to school at age four or five and then tended to reverse.

Mamie and Kenneth Clark showed two dolls, different only in color, to young black children and asked them questions to which the answers included: The white doll was nicer, prettier, and better to play with. The black doll was bad, ugly, and not as good to play with. When asked which doll looked like them, they hesitantly chose the black doll, for which they had already labeled with negative attributes. Kiri Davis, replicated the study in Harlem with almost identical results in 2006. Kami Henley, again replicated in Louisiana in 2011 with results the same as the original assessment in the 1940s and 1950s.

Psychologist Claude Steele, first studied the stereotype threat in 1995. In one experiment he told students the test they were about to take did not typically show gender differences. The results were - no gender-based score differences.

Negative Focuses on Poverty and Children of Minority Cultures

It is not unusual for people to conclude, as Ruby Payne - that a culture of poverty, is an explanation as to why something is wrong with children of poverty. Maybe in their genes or in their culture.

I am sure the teacher thought it was encouragement when he asked with a smile, “How in the world did you ever learn how to write?”
He had no clue that he had insulted my community, my family, and my teachers.

This belief provides a scapegoat for poor performing teachers, administrators, and school systems. Poverty, which they can claim in place of poor performance. Blaming parents, their households, their educational backgrounds, because of their poverty. Blaming the victim, not the school, means nothing needs to change.

How can this not cause students to believe they are unsalvageable and dispensable, because of who they are, their parents, families, or communities? To be unmotivated, because there is no hope. NOT because of POOR teaching.

Could it be African American learners are not being taught, because many people equate blackness with inferiority?

Notice the difference in the wording of the captions for the two photos:

Information from The Trouble with Black Boys, by Pedro Noguera

The first great civilization in Ancient Egypt - Kemet, had Seven principles or its moral system: Truth, justice, harmony, balance, order, reciprocity, and righteousness. From these was derived an overarching African notion of responsibility of the individual to the group.

Hart-Risley data found that low-income children heard many fewer words than children of professional parents. SO WHAT? Remember correlations are not causal or do not show cause.

Asian and Native American cultures consider too much talk directed at a child as - child abuse.

Some people associate being poor with not being successful in school. Yet many poor people - Lincoln and poor black children in the pre-integrated South were regularly educated to levels that enabled them to enter universities and graduate successfully. Likewise in other places around the world - Asia.

We do not need to fix the language of the parents or devise a preschool intervention to fix children, or is it necessary to dumb down teaching, or to require children to read before they can learn.

We waste poor children’s time on activities that have no real relationship to intellectual development or by waiting for students to be ready. Children can learn to decode language and read with minimal teacher intervention (40 hours).

Teachers should read aloud complex, thought provoking material, well above the students’ current reading level and engage them in discussions that promote analysis and critical thinking about the information and to advance their learning of vocabulary encountered.

After the emancipation proclamation Blacks pursued learning because they told each other this how you asserted yourself as a free person; how you claimed your humanity, how you prepare yourself to achieve and lead your people. Your ancestors sacrificed too much for you not to do your best. It is a far cry from - Get a job.

Different types of skills are not equally valued in the school setting.

History from integration and Katrina recover?

If we are serious about equity and justice, then we have to undo any model that obliquely serves to replicate a racist past.

Carter G. Woodson in the Miseducation of the Negro in 1933 claims. When people of color are taught to accept uncritically texts and histories that reinforce their marginalized position in society, they easily learn never to question their position. And. When you control a man’s thinking you do not have to worry about his actions. He will find his - proper place and will stay in it. You do not need to send him to the back door. He will go without being told. In fact, if there is no back door, he will cut one for his special benefit. His education makes it necessary.

Pedagogy That Works from Pedagogy for poverty by Martin Haberman

Instruction Must Challenge and Increase Self-efficacy

Philip Uri Treisman developed a workshop which was referred to as an honors workshop and provided challenging problems, often beyond the actual course material in which the students were enrolled. Therefore, the students were not labeled remedial, but as advanced. Even students with limited preparation, math SAT scores in the 300s, excelled. Treisman believed they realized no one knew everything and worked collectively to provide the information each needed for understanding. The success of the model has continued into the 2000s, with universities around the country replicating its effectiveness.

The difference between challenge and remediation

Multiplication is for White People: Raising Expectations for other People's Children. Lisa Delpit. (2012).

The term diversity came about with the U.S. Civil Rights Act of 1964. It has been expanded to include race, gender, sexual orientation, physical appearance, belief systems, thought styles. socioeconomic status, and rural urban geographic locations, and more.

Build a background scenario for an up and coming boxer, ask students to brainstorm how to promote him, share their ideas, expose the boxer as Mexican, debrief. 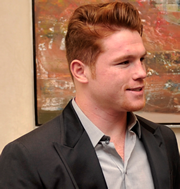